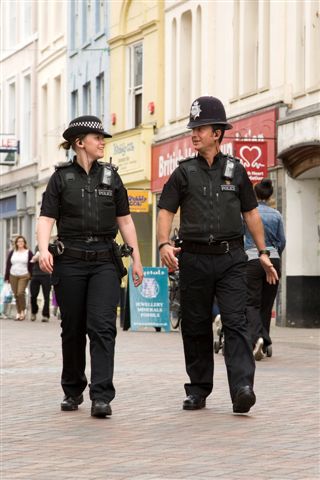 Posted at 15:35h in Latest News by Martin Surl
Facebook0Tweet0

I do not propose anything I cannot achieve, unlike my opponents who make promises they are powerless to keep – like ‘creating a rural crime unit or putting more Bobbies on the beat’. Both sound very attractive and very desirable but they are operational matters and are decisions that rest solely with the Chief Constable.

However, if elected, I will require the Chief Constable to set out at least five operational priorities every six months which must be based upon the level of threat, risk and harm to the communities and people of Gloucestershire and on community intelligence.  These priorities could relate to knife crime, burglary or cyber frauds against elderly people. The Chief Constable will set the operational priorities for her officers based on history, the intelligence picture, past mistakes, research and best practice and consultation with you, the public.

Domestic abuse
Domestic violence is the abuse of one partner within an intimate or family relationship. It is the repeated, random and habitual use of intimidation to control a partner and can be physical, emotional, psychological, financial or sexual. When a person is forced to alter their behaviour because they are frightened of their partner’s reaction, they are being abused and this cannot be tolerated.

Gloucestershire Constabulary has made considerable progress during my first term of office to improve its understanding of domestic abuse and the service it gives to those who suffer. Training and knowledge from academia provided by organisations such as the University of Gloucestershire and guidance from ‘The Hollie Gazzard Trust’ will continue and the Constabulary will be held to account throughout my next term of office for the service they provide to victims of domestic abuse.

It will be for the Chief Constable to set the operational priorities, not the Commissioner who will hold her to account for her judgement and the performance of the Constabulary on a broad spectrum of activity including knife crime and burglary.

Knives are a youth problem – but they are also a problem for youth often driven by class A drugs and gangs. The vast majority of young people in Britain are law-abiding citizens making important contributions to their communities. They are also the ones most likely to be victims of knife crime and it is to protect these young people that we need to sort out the knife crime problem.

I hope knife crime will be an operational priority set by the Chief Constable until the current increase seen in Gloucester is brought under control. Equally, in Cheltenham I will encourage her to focus her attention on burglary.

Working in partnership
My Police and Crime Plan will continue to support police & community projects and programmes that are seeking to break the cycle of harm and offending. 1% of the policing budget – about £1 million – will continue to be set aside for allocation to support projects and programmes that support delivery of Police and Crime Plan priorities.

We also hear about the ‘multi-agency’ approach, where various organisations such as the local authorities, health and social care agencies work together, but we have yet to see this implemented in a true working model. I want to establish an in-depth multi-agency solution to ensure that people who need help get the right help at the right time and from the right people. Too often in the past, the police have been the agency of last resort, plugging the gaps when people are in crisis and in desperate need of help

All of the priorities in my Police and Crime Plan are aimed not only at making Gloucestershire a good place to live, work and visit but also about ensuring a society that is fair, just and compassionate.