The kids are all right! – Youth project breaks down barriers with the Police 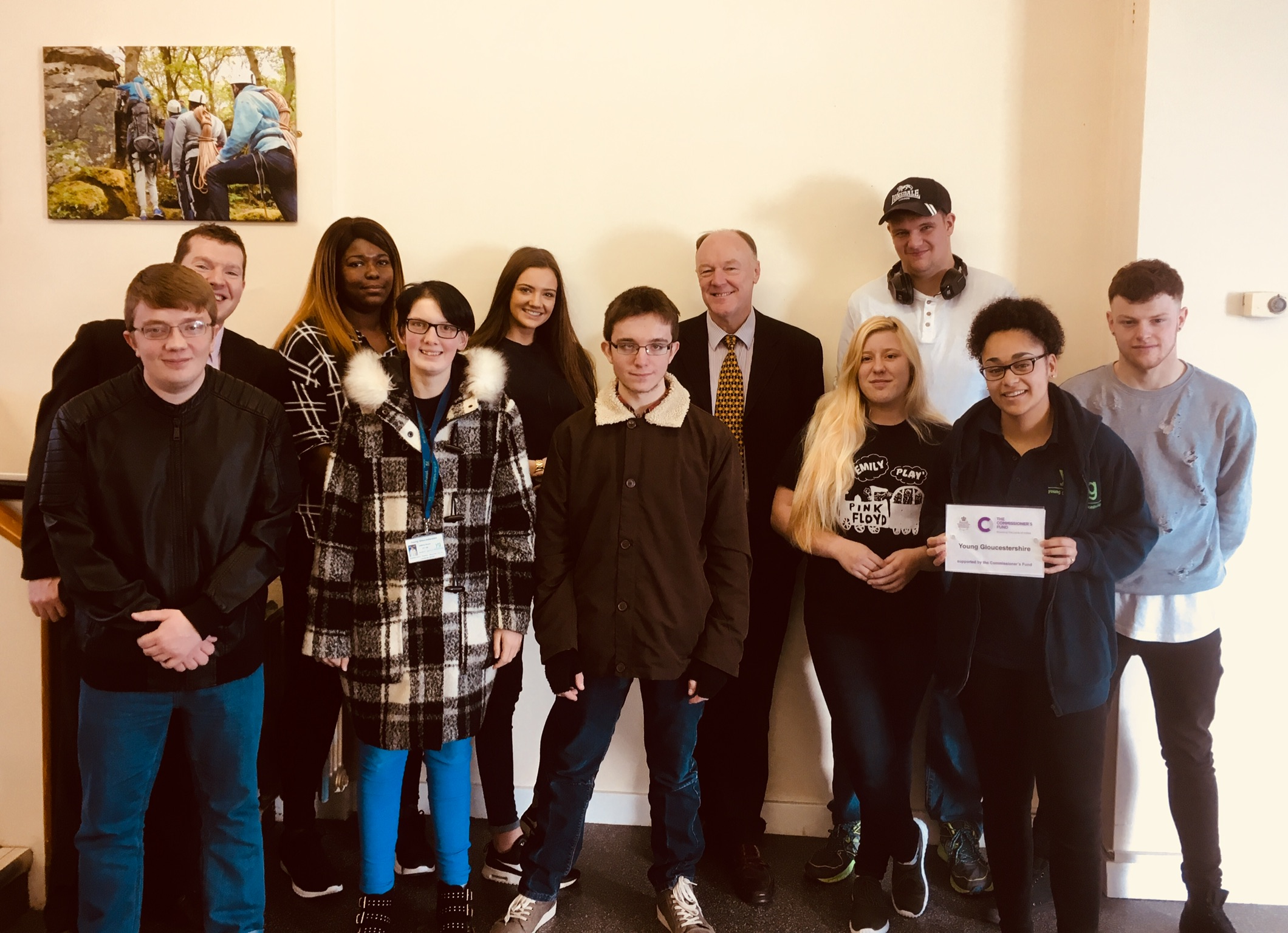 12 Dec The kids are all right! – Youth project breaks down barriers with the Police

Posted at 16:06h in Latest News by Martin Surl
Facebook0Tweet0

The last piece of significant research into the attitudes of young people towards the police did not make for comfortable reading. It found that a large proportion of young people either feared or lacked trust in law enforcement.

The report, by an the All-Party Parliamentary group for Children, stated that ‘some children and young people feel humiliated by the police and are convinced that the aim of the police is to target and undermine them’.

That research was published in 2014, and whilst I feel that Gloucestershire is by no means the worst example when it comes to the relationship between young people and the police, there was undoubtedly room for improvement.

Two years on and I am pleased to report progress is being made through the Youth Forums Project which sets out to bring police officers and young people together, in an informal setting, with a view to breaking down clichés and preconceptions that both groups hold about each other.

The aim of the project was twofold: To identify, challenge and resolve negative perceptions that police officers and young people hold about each other; and to foster wider community benefits. The police officers involved were drawn from a range of ranks and roles including criminal investigation and neighbourhood policing. Similarly the young people came from a diverse range of socio-economic backgrounds to ensure the widest possible variety, of experiences.

There were ‘ice-breaker’ activities, where the groups got to know one another on a more ‘human’ level and ‘see past the uniform’. There were games and activities that focused on restorative justice, which, helped by the informal setting, personalised the environment and lessened the pressure.

Over pizza, there were ‘lively’ discussions about how the two groups were perceived, how they perceived each other and what could be done to break down barriers that existed between the police and young people in general. In a setting such as this, where everyone had a chance to meet and talk, it became a whole lot easier to pose difficult questions and express long-held views and grievances in an atmosphere where different opinions were respected and taken seriously.

The project is run by Charlotte Calkin and Paul Mukasa from Restorative Gloucestershire. The evaluation, commissioned by the Office of the Police and Crime Commissioner, has just been released, with research conducted by the School of Natural and Social Sciences at the University of Gloucestershire.

Before the sessions, police officers were asked for their impressions of young people they deal with as a part of their job. The project evaluation report states that the police officers believed that there was a ‘lack of respect’; that ‘young people could not see beyond the uniform’ and that ‘they [young people] were unwilling to take personal responsibility for their behaviour.

Another simply stated “I know why [young people] don’t like us, it is because we tell them what to do and they don’t like it”.

When recalling a previous involvement with the police, one young person said “I just wasn’t taken seriously; as soon as I turned up with an adult suddenly it mattered”. Another believed that “police officers are a law unto themselves”.

Thankfully, the sessions led to a change of heart on both sides. The police officers who attended acknowledged that “the uniform can be intimidating” and the police need to make themselves more approachable.

One said, “I’ve learned that everybody absorbs information differently and we need to adapt our approaches to make sure some young people don’t develop negative views of the police”. Another said “I’ve learned that I should be wary of categorising people and will always keep an open mind”.

Others identified possible ways of bringing this sort of positive engagement to other parts of Gloucestershire with officers expressing an interest in taking the idea into schools.

The positive impact on young people was also evident in these comments.

“Police officers are not as scary as had been made out” and that young people shouldn’t stereotype police officers, because “they are not all the same”, said one.

“I learnt that the media do not always tell the full story about the police. I know now I should not be scared to go up to the police and talk to them in future”, said another.

One young person said that after meeting the police officers and talking to them, they now understood that the police were there to help them, and that they should be respected. Others commented that they felt more trust towards the police, that they would be more confident in approaching an officer and that “they are actually nice people sometimes”.

From the day I was elected, I have prioritised helping Young People Become Adults and it will again be a priority in my new plan for 2017-21. It is a broad priority with aims ranging from developing a new approach to working with young offenders, to encouraging the Constabulary to develop community programmes to tackle knife crime. Young people are faced with many issues in modern society, and I want that the Constabulary to play its part in getting messages across about internet safety, sexual exploitation and drug and alcohol abuse.

It is crucial that we deliver sensitive, relevant and effective policing to ensure that our young people become law-abiding, productive members of society. I want the ‘system’ to work for young people, not against them, and this is what the Young People Becoming Adults priority focuses on. But at the heart of all of these aims, and the key to their success, is improving relations between young people and the police. If we are to have a safer, happier, more inclusive community, then we need young people onside.

For relations to improve there has to be a level of trust and respect from both sides and we need young people and the police on board, willing to engage with and most importantly, humanise each other. We must consider the clichés in order to break them down; society is quick to generalise a group of young people as potentially troublesome, and it is true that for some young people, uniformed police officers can look intimidating. Change has to be a team effort.

Due to the obvious success of the project, the research team at the University of Gloucestershire has recommended that the Youth Forums Project be extended so that more young people and police officers can benefit from this type of interaction. I wholeheartedly agree with these recommendations.

It is fantastic that this project was a triumph and that both the police officers and the young people involved felt that they had been listened to and made a positive, productive impact. I hope to see a continuation of this initiative so that all of our communities can benefit from better relations between our police force and our young people.