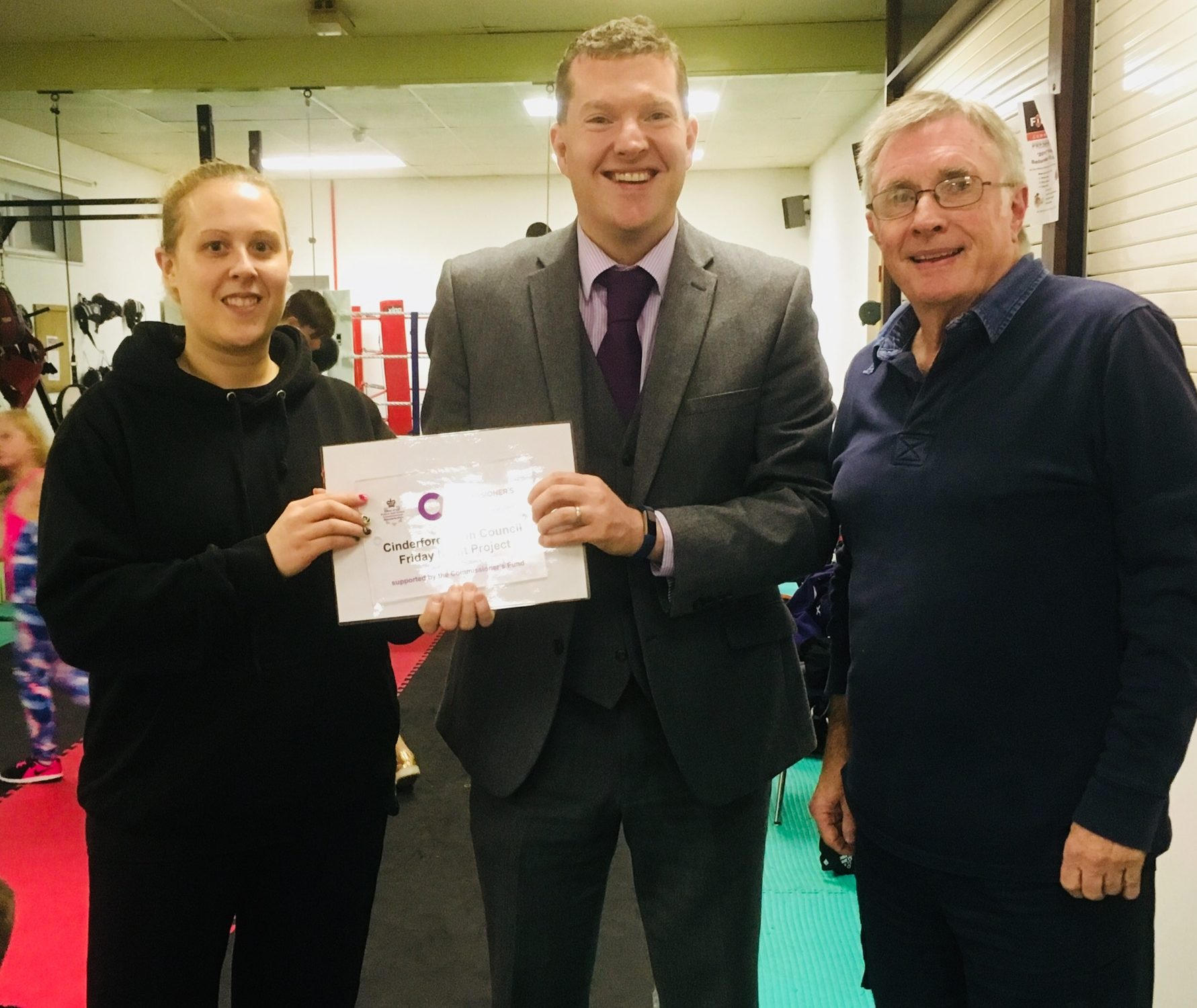 Posted at 10:42h in Latest News by Chris Brierley
Facebook0Tweet0

The cool kids in Cinderford thought it a joke when Forest Fighting Fit first opened over two years ago. But within
minutes of stepping inside to grudgingly take a look in the way teenagers sometimes do, they were hooked.

I could see why when I visited last month on a dark Monday evening to present a plaque to thank everyone involved in what they are doing. In 2015, Martin as PCC helped get it off the ground with a grant of £40,000 from the Commissioner’s Fund.

Forest Fighting Fit caters for many young people who previously might have been hanging around on street corners. It has given them a focus and filled a void that might have otherwise led them towards trouble.

One of the young members has struggled with a condition most of his life told me that he has discovered the benefits of boxing which have had amazing results on his health. It’s helped him to keep fit and manage his aggressive behaviour. He went on to say that “The discipline of boxing has helped him control his anger and he’s found that he’s able to focus better at school which has also boosted his confidence.

For me that is such a good example of the work being done by Forest Fighting First which is replicated by many other Commissioner’s Fund projects around the county.

Forest Fighting Fit is one of more than 400 projects supported through the Commissioner’s Fund since 2012 to reduce crime and anti-social behaviour throughout the county.

It operates at the Miners’ Welfare Hall in Cinderford on every Monday, Wednesday and Friday evenings and most Sunday mornings.

Tackling ASB without the need for the police

What I really like about this particularly project is that it is a community initiative aimed at dealing with ASB but also about offering young people a place for them to hang out. One of the main reasons I was passionate about joining Martin as his deputy is that the “AND CRIME” element of the PCC role is the arena we and the Office of the PCC can really make an impact. It’s about helping to reduce the demand on the police but also making our communities safer and more cohesive.

If you’ve read this and think it might be a good place for you or someone you know, new members and volunteers are welcome and can get in touch on 07790025743 or visit the ‘White Lotus Martial Arts and Fitness’ facebook page.