True to my word.. Neighbourhood policing is back! 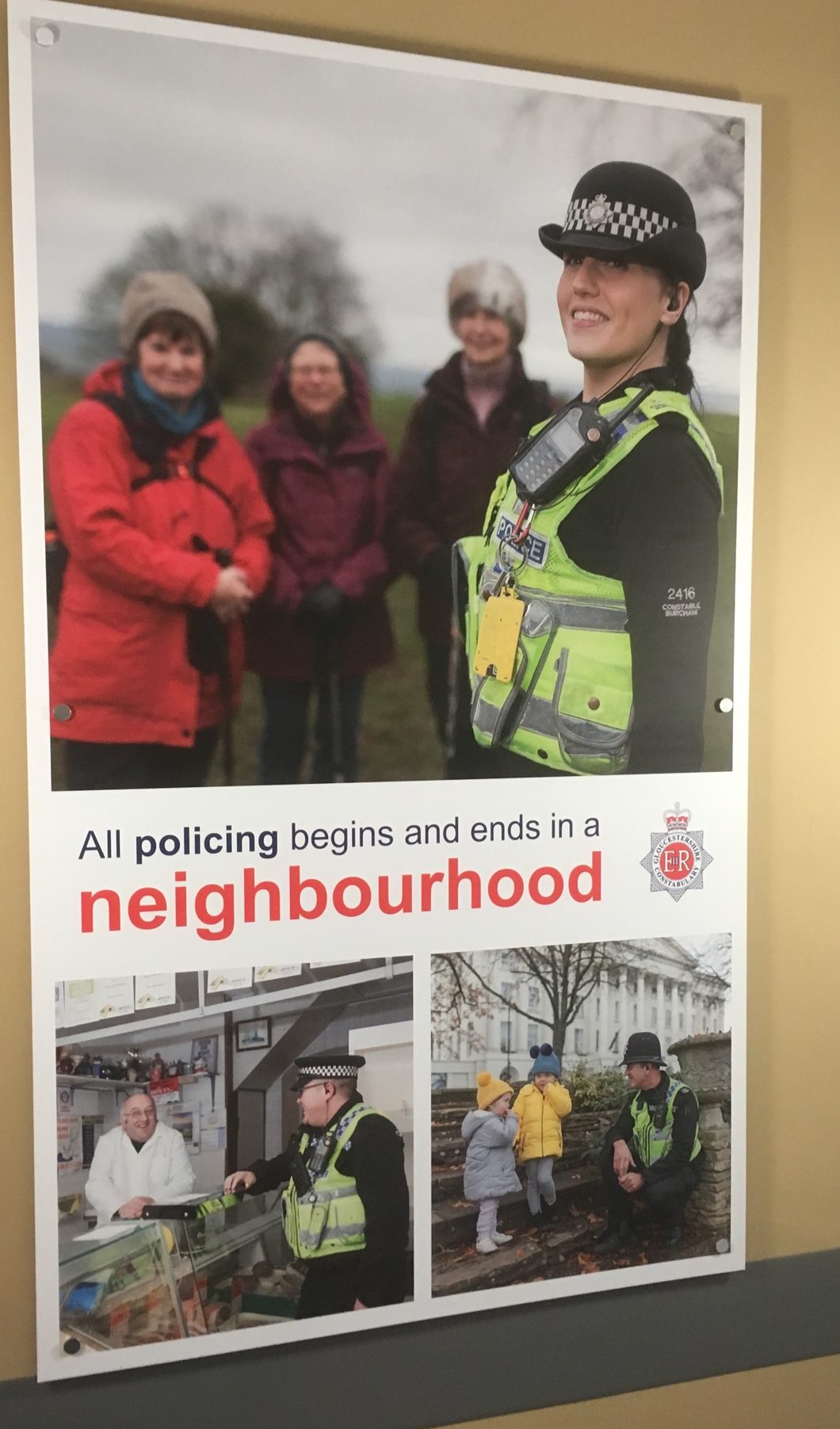 24 Jan True to my word.. Neighbourhood policing is back!

Posted at 10:45h in Latest News by Martin Surl
Facebook0Tweet0

Neighbourhood Policing is very much a priority for the Constabulary.

But because of unprecedented cuts it had been downgraded. I made it a manifesto pledge in 2016 that I would do what I could to make the police maintain and develop a new approach to neighbourhood policing because for me its the golden thread that runs through policing and without it the police will lose their effectiveness.

A lot of work was done over the last year by officers and staff within both the Constabulary and OPCC.

That is why I am proud that this week Gloucestershire Constabulary relaunched its new approach to neighbourhood policing, working with communities to deliver the needs they identify and provide a more consistent service across the county.

Neighbourhood policing was in my manifesto pledge in 2016

The Force is pledging to make local policing accessible again by providing a dedicated, named PCSO in every neighbourhood so that everyone knows who their local bobby is and how to contact them.

The 55 dedicated PCSOs will be the first point of contact for local concerns, but they will be working as part of a bigger team protecting the local and wider communities. But I urge you if you have a community concern that you think the local police should be dealing with (not a 999 emergency but a general concern) , please click here and report it.

As well as the dedicated PCSOs each neighbourhood team will include police constables and sergeants who will work, sometimes behind the scenes, on a wide range of issues such as Dangerous Drugs Networks, tracking down paedophiles and the organised crime groups which are targeting our rural communities.

They in turn will be supported by other specialist teams including those looking after vulnerable children, those investigating major crimes and firearms officers.

This new offer comes at a time when many forces are having to make cuts in neighbourhood policing, including PCSOs, but [thanks to prudent spending decisions] Gloucestershire Constabulary has chosen to invest instead.

Local policing is at the heart of what we do

To quote the Chief Constable – everything begins and ends in a neighbourhood. I am happy the force has reaffirmed its commitment to community policing, but it will be tough and expectations are high. With no extra money coming from central government anytime soon, the Chief and his team will have their work cut out juggling resources, but by working with communities I am sure it can and will succeed.