A new court for Gloucestershire is vital for local justice 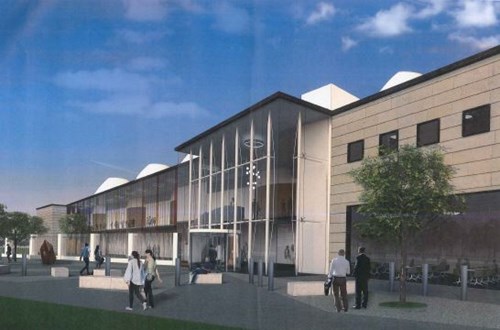 Posted at 10:48h in Latest News by Martin Surl
Facebook0Tweet0

I am pleased to see my suggestion for a new courthouse for Gloucestershire has prompted some debate.

I first raised the issue in the local newspapers almost a year ago because conditions in our two remaining courts are barely tolerable.

Victims, witnesses and the accused share the same rooms and facilities; little if any concession is made for children and disabled access is difficult. I exempt staff from criticism. Their job would be challenging under any circumstances, yet they manage to rise above their jaded working environment on a daily basis.

But if we don’t plan for the future, I fear we will find local justice being dispensed in Bristol and that must not be allowed to happen.

The Ministry of Justice (MoJ) is aware and appear susceptible to a new, multi-court building at Quedgeley. I recently raised it informally with Cotswolds MP Sir Geoffrey Clifton-Brown, who saw merit, and Gloucester MP Richard Graham, who, it has been reported, is happy to leave it to the MoJ following his own unsuccessful lobbying.

Whilst it is true a new courthouse has been on the city council’s agenda for several years, all previously suggested locations have been sold for development. And would a courthouse really fit alongside the high quality restaurants and other leisure outlets planners visualise for the Kings Quarter showpiece?

If Mr. Hilton’s plan is realistic, I would happily support him but, right now, I believe Quedgeley fits the bill for a number of reasons.

As Police and Crime Commissioner, I own the land earmarked so building a new courthouse there would save taxpayers the cost of buying a site. The park and ride across the road provides good public transport links; junction 12 of the M5 is also nearby and offers easy access to the motorway network.

It’s even closer to Gloucestershire’s custody facility, resulting in more substantial savings in building costs. Whilst replacing the existing courts would release valuable re-development land in Gloucester and Cheltenham.

This would be a courthouse for the whole of the county. But if people allow vested local interests to give the impression we are not united, the Ministry of Justice will go somewhere else – and Gloucestershire will be left behind as usual.