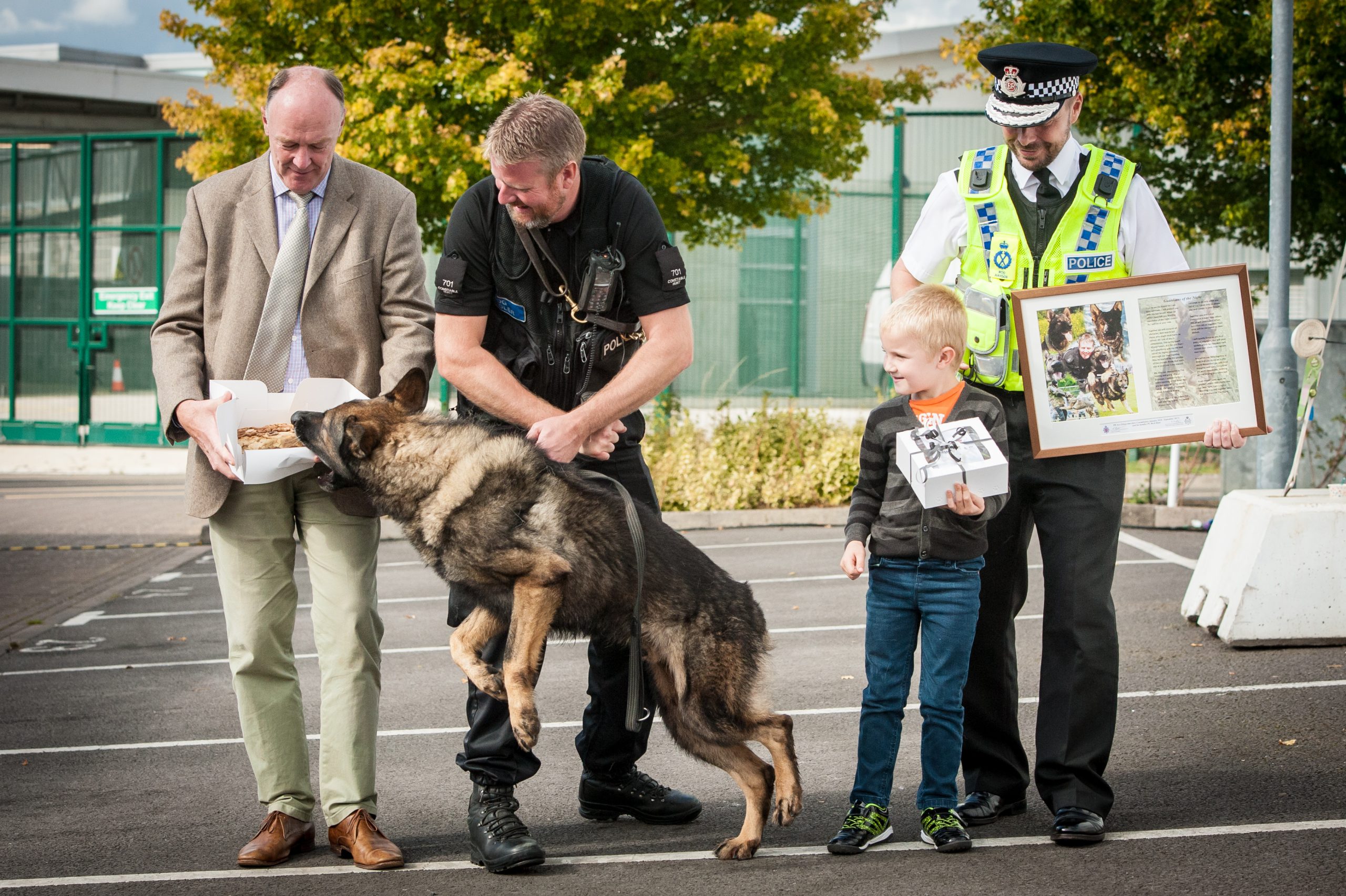 Posted at 10:50h in Latest News by Martin Surl
Facebook0Tweet0

By all accounts, we are a nation of animal lovers. And it’s true, to quote Cat Stevens, I love my dog.

So why, in the eyes of the Criminal Damage Act 1971, are police dogs and horses classed as property capable of being ‘damaged and destroyed’?

To quote another artistic figure, Mr. Bumble from Oliver Twist, could it be because ‘…the law is a ass’?

Tomorrow (Friday 6 July), the Service Animals (Offences) Bill, commonly known as ‘Finn’s Law’, is due to have its Second Reading in Parliament. The snappier title is down to the campaign which was launched after Police Dog Finn was stabbed and almost killed while chasing a suspect in Hertfordshire. His handler, PC Dave Wardell, was also injured during the incident.

Thankfully, both pulled through – though in Finn’s case it was touch and go – and I had the pleasure of meeting them both at an event in Cheltenham earlier in the year.

The Bill in their name advocates the introduction of a new offence of attacking any animal in service. This includes police dogs and horses and broadens sentencing powers where a service animal is injured as a result of crime.

Most right-thinking people would surely think it not before time. After all,
our dogs and horses make a significant contribution in areas like neighbourhood policing, crowd control, drug detection and searching for missing people, all of which would be more difficult without them. They risk harm on a regular basis to keep their handlers and the public safe and legislation should be amended to afford them the protection they deserve.

Animal welfare is already enshrined in my Police and Crime Plan, the underlying strategy for how Gloucestershire police officers operate on a daily basis. It emphasises an obligation to show compassion to all animals and investigate the theft of domestic animals.

Finn’s Law would already be one step nearer the statue books had it not been delayed by the intervention of the MP Sir Christopher Chope who recently voiced his objection to the ‘upskirting bill’ in similar fashion. By contrast, many people have written to me on this issue and I have been happy to give them my support.

Any attempt to attack or kill a police dog or horse on duty is a serious act of violence which should be treated with severity in law.