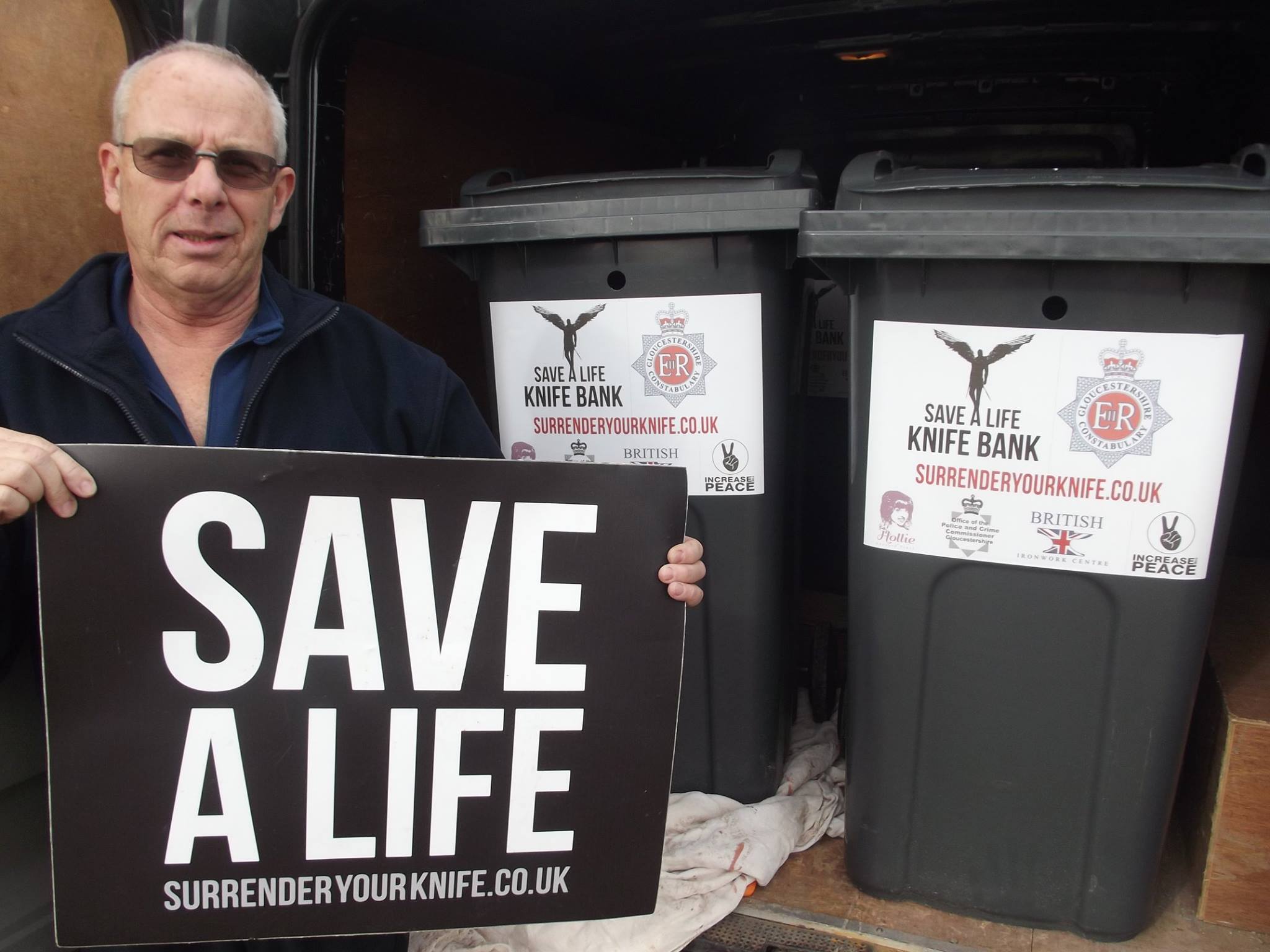 Posted at 11:03h in Latest News by Martin Surl
Facebook0Tweet0

One of the main roles of being a PCC, or a DPCC for that matter, is dealing with the public. Meeting them, talking with them, representing them and listening to them. We hear moans, complaints, concerns and also compliments, whether it be about the Police or the work of the Commissioner and his team( the Office of the Police and Crime Commissioner).

The OPCC receives hundreds of letters and email correspondence each year. Some are easily dealt with but others require more thought, research or need Martin or I to set out our position on an issue.

The latter is exactly what happened when an email was passed to me by the office in December. The gist of the story is outlined below…

I recently bought a new house and decided to rip out the old kitchen. I came across 30 or so old knives. I decided to dispose of them. I took them to the tip but it was closed for a few weeks, so I turned up at Police HQ reception. They told me to take it to an operational police station. So I ended up at Bearlands in Gloucester. I told the reception staff at the police station the story of the tip being closed and of me being sent to them. They said there wasn’t a current knife amnesty on and as they were only kitchen knives they wouldn’t take them and i should wait till the tip re-opens. I JUST WANT TO GET RID OF SOME KNIVES AND DONT WANT TO JUST PUT THEM IN THE BIN!!

So, in my Inbox was a request from a member of the public for the police to take unwanted knives, especially in an age where violent crime is on the rise.

Before I tell you my reply, let me put in some context. It was December, we were waiting for the government to tell us what the financial settlement would be for the police and, nationally, forces are struggling with demand due to reduced resources (i.e. fewer police officers and cuts elsewhere has seen a huge spike in demand on officers’ time). I think you know where this is going.

I wrote back and thanked the gentlemen for trying to dispose of the knives in a sensible way but said it wasn’t for the police to be a “waste disposal service”. I didn’t quite put it like that but that was the gist of it.

The response I received from the gentleman was one of resignation. He wasn’t surprised and you could read his disillusionment between the lines of the email.

It was a Friday. I went home for the weekend but his email played on my mind. Was I right or should I have pushed this? After all, violent crime is going up across the country and the fewer knives on our streets the better. I talked over the issue in general terms my wife (let’s be clear, I do not disclose details of any kind) and she sided with the member of the public. I mulled it over all weekend.

The following week we had the PCC’s Governance meeting with the Chief Constable and his senior team. This is the forum where the PCC, on behalf of the public, holds the police to account. By this point, I had decided that the gentleman who wrote in had a point. A discussion followed and it was a good debate where the pros and cons were discussed.

The outcome – all our police stations will now take in knives. Why wouldn’t they? It doesn’t need lots of time and effort writing a new policy for this. It doesn’t need any new red tape or process being designed. It just needs a common sense approach . Hopefully it shows that, despite the general view that “politicians” or people in power don’t listen, some of us actually hear your thoughts and opinions. What’s more, I hope it demonstrates that Martin, the team and I don’t just listen, we respond and we represent you on issues that matter.