An approach I support. 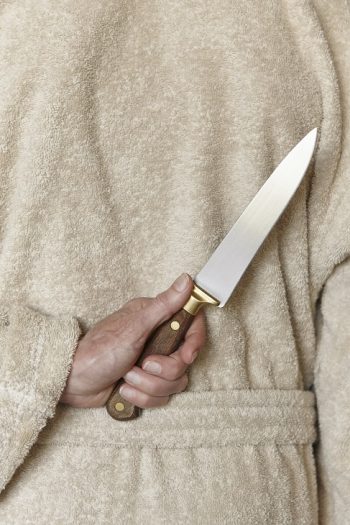 24 Apr An approach I support.

Posted at 11:22h in Latest News by Martin Surl
Facebook0Tweet0

The Government finally gets it …. today’s announcement by the Home Secretary Sajid Javid’s that knife crime needs to be treated like a disease is something both my deputy @glosdeputypcc and I have been talking about for over 2 years.

Emphasising the need for a ‘public health’ approach to youth violence, Mr. Javid is calling for knife crime to be treated “like a disease”. Now it needs the financial backing and not just warm words.

Two years ago my Deputy PCC Chris Brierley brought together a wide cross section of voices from the local criminal justice, health, education, social and political sectors. Their brief was to find a more sustainable approach to tackling youth violence sparked by a spike in deaths and serious injury during the previous twelve months.

As a result, Gloucestershire is now bucking the national trend with the main headlines as follows:

“There is no quick-fix solution.”

And although recent figures also point to an increase in ‘possession of bladed weapons’, this will be due to a number of reasons – the Constabulary’s response to drugs related violence in the city, the effective use of stop search powers and the response to mental health problems. All of these factors will all play a part.

Gloucester and Cheltenham are the most densely populated areas of the county, which would help explain why the figures are higher there than elsewhere.

“There is no quick-fix solution to this but the current analysis of the data we collect around types of offences or anti-social behaviour clearly tells us that there are very few young people who carry knives in Gloucestershire and that the overwhelming majority of young people in the county do not. Any item with a blade or a point can be classified as a bladed weapon. The age of those caught in possession is also a really important distinction to make as the impression is that its mostly young people carrying knives which is absolutely not the case. During the last three months of 2018, only one young person came through to the service for possession of a knife. Whilst for the small number of young people affected it can have serious consequences, it is important also to recognise that they are often very vulnerable themselves and in need of the support and intervention which many projects provide. In Gloucestershire we are also working hard to ensure that young people are diverted away from the formal criminal justice system as it is nationally recognised that this can have negative long term consequences in terms of their ability to contribute positively to society and become successful adults”. Kate Langley, Strategic Lead for Youth Justice in Gloucestershire

I welcome what the Home Secretary is saying today as it reflects the action we took two years ago when we were faced with similar issues around county lines and the needless loss of young lives.

The knife crime summit, which involved Gloucester’s MP, a crown court judge and a wide cross section of representatives from local criminal justice, health, education and social sectors, influenced ‘Safer Gloucestershire’ who made it a priority to develop a whole county approach to tackling the problem.  The result is further evidence that progress is being made and that Gloucestershire is still one of the safest places in the country with fewer offences involving bladed weapons than most other parts of the UK.

We know there is still much to do and we’re certainly not complacent, but we endorse the Home Secretary’s views and wish him well.

Investing £60,000 to look at the root causes of knife crime and violent crime

“A great deal of good preventative work has gone into discouraging young people from carrying knives – as well as encouraging anyone with information regarding a young person carrying a knife to get in touch so that appropriate support can be put in place. Initiatives like Children First, Great Expectations, School Beat and the police can take much of the credit. “Through Safer Gloucestershire and the Police and Crime Commissioner’s office we are investing £60,000 this year in a post within public health to look in more depth into the root causes of knife crime/violent crime, assessing what is being done in the county when it comes to early intervention and prevention and also work to promote and communicate better. “Of course, statistics can be made to uphold any argument and we have experienced a number of truly dreadful attacks that will paint a different picture. But a violent attack in the home involving the spontaneous use of a weapon is very different from the sort of pre-meditated attack in the street which attracts a level of publicity and raises its profile disproportionately”. Gloucestershire’s Deputy Police and Crime Commissioner & Chair of Safer Gloucestershire Chris Brierley

Credit: The Office of Police and Crime Commissioner for Gloucestershire