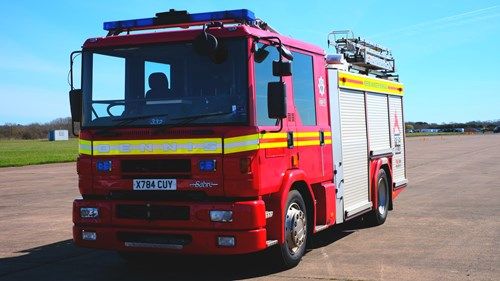 21 May Fire reform the case continues….

Posted at 11:23h in Latest News by Martin Surl
Facebook0Tweet0

Nick Hurd the Policing Minister has told me that he and the Home Secretary will not be making a decision on my case for a change in governance of GFRS until after next May’s PCC election.

Whilst I understand why the decision has been made, due to time constraints due to the B-word, its frustrating for me, the office, staff and officers of the fire service but more importantly I think the  general public. This public spat is unsightly and a distraction.

I maintain it was the right decision to look at the governance of the fire service and believe if both blue light services are closer aligned working to one plan, the public will get a better service. And for me its about the public and not about who owns or runs what.

The Minister in his letter to me hasn’t ruled out the change happening, in fact he says he is committed to the reform agenda.

Here are just some of Nick Hurd’s words:

We remain fully committed to emergency services collaboration and to the
policy of enabling PCCs to take on fire governance.

I am grateful for your ongoing engagement on this agenda and I look forward to hearing more from you and the Fire and Rescue Authority about the progress you are making together.

But sadly the government’s commitment to this agenda, has fallen on deaf ears when it comes to councillors and especially the lead councillor responsible for the fire service , councillor Dave Norman.

I said at the beginning in conversations with the leader of the county council, Mark Hawthorne that I didn’t want to “take over” fire, but wanted our two emergency services more aligned, but by taking an oppositional approach from day one, with a lack of transparency has made working with them difficult.

I urge councillors to put aside this petty political point scoring and remember why we are elected to represent the public.

I was told that the fire service had “governance and scrutiny at every level”, this I believe has been exposed with a raft of stories and allegations which have come to light.

What has frustrated me the most about this debate,  is the amount of lies and mis information spread about me, the plans and my motivation. I’ve heard rumours relating to the fact I have plans to change the terms and conditions of fire officers  – FALSE to the fact I will take over the running of the fire service – FALSE.

Thankfully my office has produced a list of frequently asked questions click here to read through them.

My determination and resolve has not wavered, because we owe it to the men and women of the fire service to enable them to do their job to the best of their abilities working closely with the police as enshrined in law.

One of the outcomes from doing the initial work looking at a change in governance ( paid for by the government ) was the idea of a collaboration board.  I setup this up and remain committed to driving change through that. Officers in both the police and fire are getting on with some quick wins. But for real fundamental change to get better outcomes for the public, this will only happen when the two blue light services are closer aligned and sadly with the current administration at the county council who have declared an “air war” on me, that remains unlikely.