A sad state of affairs …. 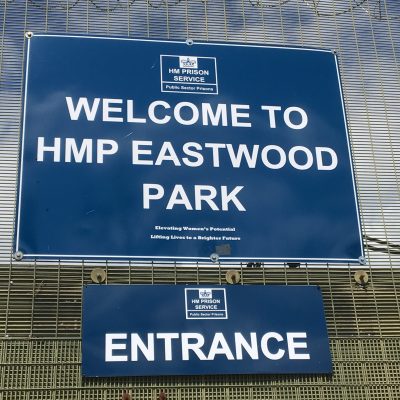 Posted at 11:24h in Latest News by Martin Surl
Facebook0Tweet0

“Lock them up and throw away the key” is the attitude of some when it comes to dealing with criminals. Whilst in my early days as a police officer I did sometimes think that was the right course of action for lots of cases , as I’ve got older, and I hope wiser, I’ve changed my mind.

Whilst there will always be some who must be locked-up, putting others behind bars without any rehabilitation is not the answer. And then there are those who, to my surprise – and who I’ve heard of on a trip to Eastwood Park Women’s prison this week – would rather be in prison than free in society. That’s right; some people actually want to be in prison!

One inmate I was told about referred to the prison in South Gloucestershire as  “her home”. She was in a community where she felt most comfortable; where she had friends around her. She also knew that on the inside, she could get the help and services she needed quicker than if she was on the outside.

It’s because of this and many other stories like it that my office is currently looking into the situation facing inmates on release from prison. One of the biggest problems is a lack of accommodation.  When people are released from prison, often with little more than a couple of quid in their pocket; with no place to go and no one to welcome and integrate them back into society; the result is often predictable. They end up re-offending and going straight back to prison.

Irrespective of whether the women I mentioned wanted to go back into prison, the simple truth is society is failing them. In some parts of the country, the answer is to give the prisoner a tent to take with them. A practical solution maybe but not one that I would advocate. I would rather see a system that works and provides for these vulnerable people and helps give them a second chance to make something of their lives.

The cupboard isn’t completely bare and I am a big supporter of the Nelson Trust which does immense work with women and men struggling with addiction and other issues. People from the Trust regularly go into Eastwood Park and other prisons to offer help and support to those inside adjust to life on the outside. The prison governor and her team in Eastwood Park are also doing their best with limited resources to help their inmates move-on, but the sad truth is that too many of our criminals are stuck in a cycle of crime.

There can be no doubt that the system is creaking, only today in the Guardian  there is a  story about the state of our prisons,  which highlights a “crumbling infrastructure” , added in the failed privatisation of the probation service which is failing offenders who do want to get on the straight and narrow.

I came away from my visit to Eastwood Park feeling both happy and sad. Happy that the will is there from those working in the prison service, but sad that they, like the police, don’t have the tools to put their ideas into practice.