‘It’s not every day you arrest a Bishop’. 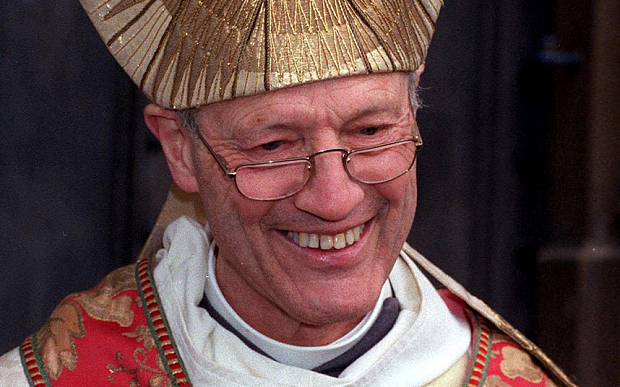 Posted at 19:50h in Latest News by Martin Surl
Facebook0Tweet0

‘It’s not every day you arrest a Bishop’. Those were words as a young detective constable in Gloucester that I remember Detective Inspector Wayne Murdoch saying back in 1993.

He was of course referring to the arrest of Bishop Peter Ball who was the subject of the BBC 2 documentary ‘Exposed, The Church’s Darkest Secret’ which was aired last week.

That was my only involvement in the case but I’ve led several child abuse inquiries and little shocks me. Yet the extent of Ball’s manipulation of the truth, his abuse of his position and privilege and his total lack of any care for his victims was something else. Every one of us should be saying, ‘Never again’

I implore you to watch it. It’s not entertainment, but if we’re committed to a more caring future for our children we need to understand and acknowledge the past. What he did may seem unbelievable but it did happen – and in Gloucestershire.

We often hear that time and money should not be spent on ‘historic’ child abuse cases. It is a term I have used myself, but never again unless the victim has died.  Because what is now clear to me is that for Ball’s victims the abuse they suffered will never be ‘historic; it is with them every day of their lives. The exception was Neil Todd for whom the suffering only ended when he could bear it no longer and he took his own life.  Sadly, it’s an outcome I have heard many times from the now adult victims of child abuse.

I frequently say Gloucestershire is one of the safest places in the country to live, and it is, but we cannot be complacent. Former Bishop Ball’s wickedness was carried out almost in plain sight; Fred West’s crimes went unnoticed for many years.

In the summer I gave the police two new areas on which to focus – burglary and the philosophy that ‘Every crime matters’.  Every crime matters because every victim matters. The crimes Ball committed must never be denied or forgotten because as sure as night follows day, if they are, they will be repeated.

The work I have instigated and is being undertaken by Dame Janet Trotter to make Gloucestershire a ‘Child Friendly County’ is well underway and has received unanimous support from all the authorities including the church and gives us hope for the future.