PCC’s budget speech to the Police and Crime Panel 3 February, 2020, explaining next year’s budget and the proposed rise in precept of 2.7% 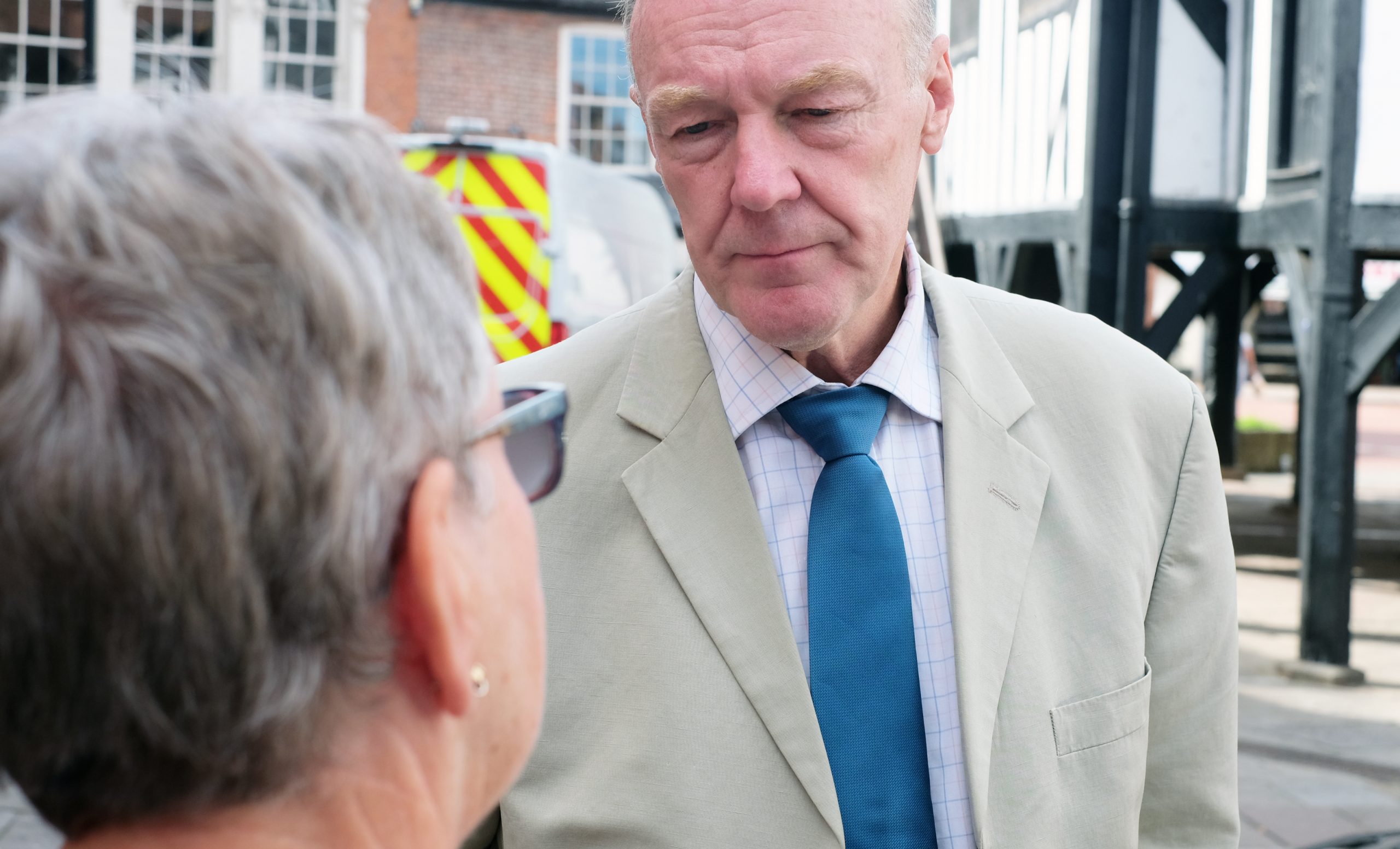 06 Feb PCC’s budget speech to the Police and Crime Panel 3 February, 2020, explaining next year’s budget and the proposed rise in precept of 2.7%

Posted at 11:27h in Latest News by Martin Surl
Facebook0Tweet0

This is my eighth budget since taking office in 2012, though this is the first budget since 2010 that has seen any increase in the budget from central government. It is a change that both I and the Chief Constable welcome.

Firstly I want to put this budget into context and to do so we should look back over the past 10 years. Since 2010 Gloucestershire Constabulary has had to manage 32 million pounds of cuts to its budget. It has been a core responsibility of mine to work with successive chief constables to manage those cuts which we all know have had a severe impact and consequences. Central Government cuts to the Constabulary ended in 2016, and were followed by a period of frozen grants from then until 2020.

To understand the change of policy in 2016, you would have to remember what happened in 2015.  That year, we were told by both told by Her Majesty’s Inspectorate of Constabulary (HMIC) and the Home Office that the cuts would continue and we were advised to prepare for a further 20% reduction in police budgets. So we made those preparations.

I clearly remember the day the policy changed because it was a week after the Battaclan terrorist attack in Paris, where many people died.  Police leaders across the UK made it very clear to the government that should further cuts be implemented the police service would not be prepared or able respond sufficiently to protect the public or prevent such attacks happening here in the UK. The only way left to manage further cuts would have to stop neighbourhood policing altogether, traditionally the golden thread running through the public’s relationship with the police.

Even so, neighbourhood policing in 2015 had diminished to such a level that it was barely recognisable and I was not prepared to allow any further deterioration in Gloucestershire.  I wanted to see improvements and so did the public. Indeed, it is my strong belief that neighbourhood policing is core to the model of policing that we enjoy in Gloucestershire.

Neighbourhood policing was therefore the central plank of my manifesto for re-election in 2016 and remains fundamental to my vision of policing our county and will be core to my next police and crime plan. I commend the Constabulary for the progress it has made to protect and embrace neighbourhood policing to the extent it has now become the foundation upon which we build all other aspects of the policing here in Gloucestershire.

But let’s also be very clear and honest what we have now is not we had before the cuts and not where we want to be in the future. Austerity may have softened the deficit but I am not prepared to take the blame, nor should the police, for the inevitable consequences.

It is my view that the Gloucestershire Constabulary does not have, and for some considerable time has not had, the resources it needs to provide the level of service the people of Gloucestershire reasonably deserve and expect. In light of my last two budgets which saw sizable increases in the local council tax precept the organisation has begun to grow once more – by 70 officers and 30 staff over the last two years – but it is a slow process. These increases were not just desirable they were essential.

Since I took office, the balance between what central government pays towards Gloucestershire police compared to local council tax payers has shifted considerably.10 years ago the ratio was 36% local 74% government now it’ about 50/50, a change of policy I don’t see changing much in the foreseeable future. But what that means is that if 50% of the funding is local, then the local population deserve an even louder voice and a better service. That is what I have been lobbying for over the last several years, and will continue to do.

My deputy and I undertook an extensive tour of the county last year and the Chief Constable and I have had held ‘meet the police events’, in all of the districts. I receive healthy levels of correspondence and have met dozens of local people throughout the year. That process, combined with meeting with Home Office Ministers and officials along with related research by my office has led me to refresh my police and crime plan with new areas of focus. These do not replace the existing plan but require an increased focus on

None of these can be fully achieved without an enhancement to the way the police and the public communicate with each other.

The Constabulary, I’m pleased to report is in a healthy financial position; the books are balanced and this is very significant achievement that should be noted by the panel.

Credit must go to my chief financial officer, Peter Skelton, to successive Chief Constables and to my office. On matters of finance, we have always been graded good or outstanding by Her Majesty’s Inspectorate of Constabularies, Fire and Rescue Services (HMICFRS).

Sometimes people ask, what does a PCC do?  A good grasp of the finances is key to the success of any Commissioner and since day one I’ve taken the lead on finances. It takes up a large proportion of my time, but it has paid dividends. Many millions of pounds have been saved which can be directly attributed to interventions from my office and that work has contributed to the strong financial position we find ourselves in today.  All increases from the government uplift, and increases realised from this precept, will be used for growth. That is not a position every force enjoys.  We are building on very strong foundations.

My assumption is that panel members will have read the papers and will have questions.

If this budget is approved, and the government uplift programme is not amended to the detriment of Gloucestershire, the position is this: When the government uplift is combined with the uplift we began locally two years ago, the constabulary will grow by in excess of 300 officers and staff over the next three years. Whilst that is to be celebrated, it is nothing less than the Police Officers, staff and our residents deserve.

Our new state of the art Training Centre – The Sabrina centre [in Berkeley] opens in May. Without that we could not have trained the officers and staff that we need to. Again, some ask what does a Commissioner do?  Well the Sabrina Centre is something we did for the force and the county.

The Home Secretary Priti Patel has asked to be kept informed as have other organisations and forces. It will be a world class Training Centre, located here in Gloucestershire.

Achieving the uplift for Gloucestershire is not without risk. The known risks at the moment are:

I’m very grateful that at a recent meeting with all six of our county’s MPs, they agreed support this work and lobby Ministers and  Government to make sure Gloucestershire is not disadvantaged. I’m very grateful for that.

Another risk identified by Government is attracting sufficient recruits in year three. In order to recruit 20,000 more we will have to recruit and  train nearer 50,000. I am very confident Gloucestershire will achieve that, not least because of the work that’s been undertaken by the Chief Constable to make Gloucestershire Constabulary an ‘employer of choice’

Finally, all of the above can only be achieved with the support of the public.

10 years of cuts which corresponded with significant increases in demand and increased complexity has taken its toll and of course the public has noticed.  And so has the government, by the way.

2020 is the year we build on the very strong foundations we have laid. We have weathered the storms and weathered them well.  The future looks brighter and will create many new opportunities.

I have been very clear with the Chief Constable and his senior team that there must be an enhancement to the various ways that police and the public communicate with each other.

That is the reason I have created a fund of one million pounds for this work to commence immediately. That one million will be one off funding for this year but it can be converted into long term revenue funding by the Commissioner’s finance panel when assurances are given that the enhancements made are sustainable.

I commend this budget to the panel; I recommend that the precept is increased by 2.7% which is less than the 4% that I am allowed to increase it by the government.

In doing so, I’ve taken into consideration the ability of households to pay and my responsibility to provide the Constabulary with sufficient funds to be both effective and efficient. For that I will continue to hold them to account on behalf of the public.