It’s all about crime… 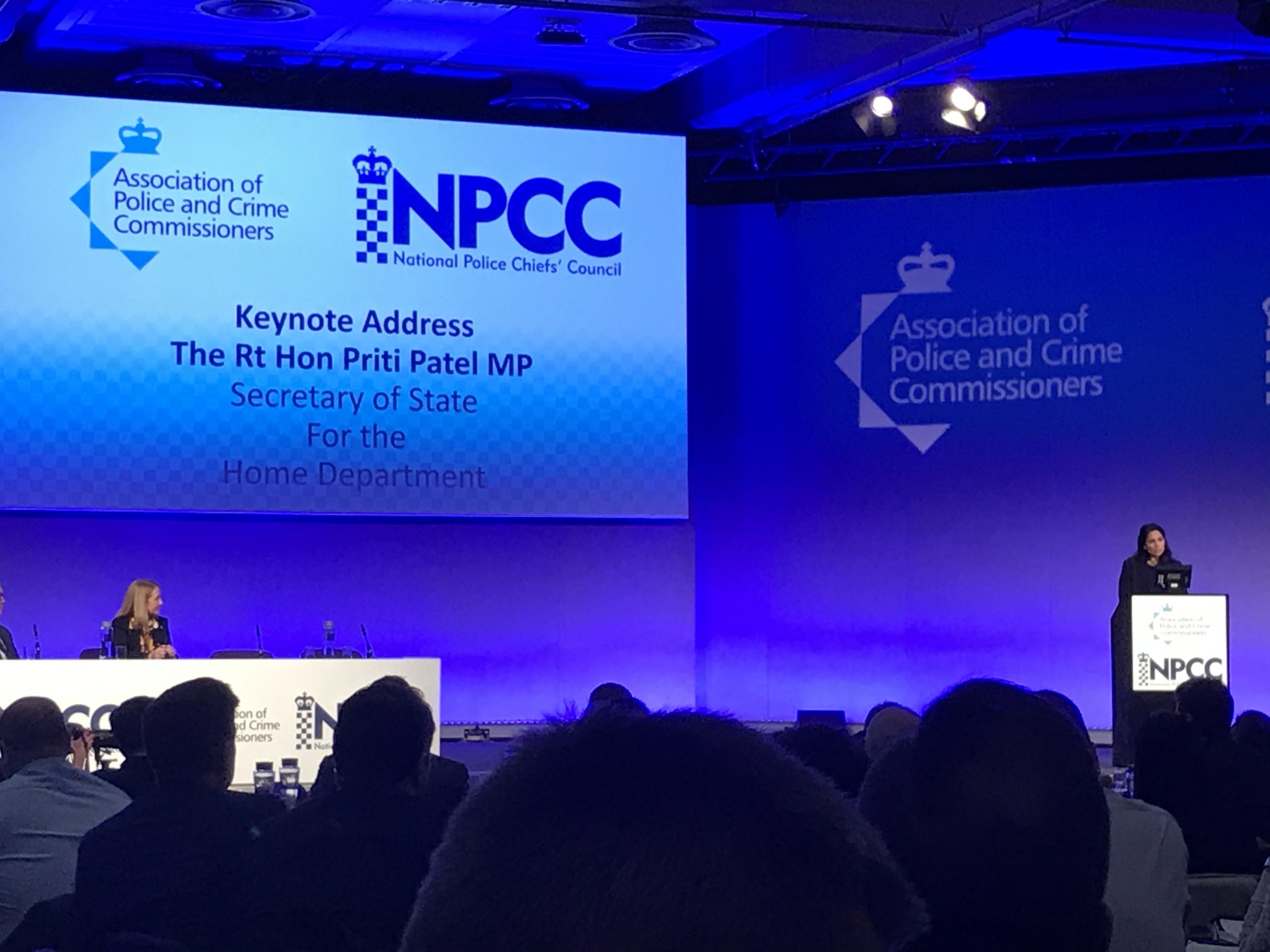 .. that’s the mantra from the Home Secretary and the Government now.

And whilst I and others agree with the sentiment, its more nuanced than that.

This week I’ve been with police chiefs and police and crime commissioner’s from across the country at our annual policing conference.

Cautious optimism I think sums up the mood.

Now we’ve been crying out for Home Office leadership and funding for years, its coming now, but turning the taps on after a decade of cuts will take time.

Making it all about targets is also not a culture I think we should go back to , but some targets are needed.

Rhetoric and mood music are important, but lets not lose some of the successes from the last few years too from investing in restorative justice to all the early intervention and prevention work we’ve been doing,  working better with our communities to make them more resilient to crime.

It’s not just about the police

Sir Tom Windsor is someone not afraid to praise or criticise the police,  but he spoke a lot of common sense when he took to the podium at  #policeconf20  this week.

From admitting that the cuts not only to the police but the whole criminal justice have led to a system that is not functioning properly.

He said the following phrase “our courts are decaying and justice is being denied”. Something you’ll know I’ve spoken and written about in great deal on this site and others.

So a joined up investment across the whole criminal justice system is needed – systematic investment with shared outcomes… simple hey!

An area that I, the Chief Constable and others are grappling with is the demand put on the police by having to ferry people to A&E and dealing with people having mental breakdowns or episodes. This accounts for around 70 % of the work of our police and others across the country.

Locally we’re doing something about it, with some practical ideas coming ( more on that in the next few months) , but as the former Policing Minister Nick said:

Police are too often left to deal with people suffering from mental health issues, who actually need help from healthcare professionals and social services.

We have made progress but are determined to do more to free up police time so they can focus on fighting crime, while ensuring vulnerable people get the care they need.

It’s not just bobbies on the beat

A speaker at this week’s conference said just throwing money at more “bobbies on the beat” won’t solve the issue, something that I wholeheartedly agree with. Yes we need local police, but we also need more forensic officers, digital analysts and civilian investigators too.

Sir Simon Steven’s the head of NHS England announced at the conference that more money is coming down the line for mental health emergency services, what that might mean for us locally remains to be seen, but i welcome the shift in focus.

The police cannot and shouldn’t be the first port of call for everything.

I remain committed to  working with partners to make sure our police can focus more on the crimes that matter to you because #everycrimematters .