COVID19: PCC Calls on Government to get tough 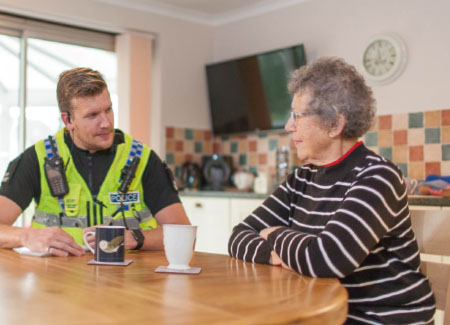 23 Mar COVID19: PCC Calls on Government to get tough

Posted at 13:21h in Latest News by Martin Surl
Facebook0Tweet0

The most vulnerable during this pandemic need the support of the government.

That’s why I have written to the Secretary of State for Justice Robert Buckland, I want ministers to get tough on  criminals who target the elderly during the Corona Virus crisis.

In my letter I reference the fact in my Police and Crime Plan there is a specific priority around our most vulnerable, called Older but not overlooked or No one overlooked.

Alongside writing to Robert Buckland I have:

Whilst there have been many heart-warming examples of communities supporting each other the 40 years’ experience  I have seen within policing and justice, I also know this will not always be the case  and that there will be a small minority in society who will see this crisis as an opportunity to scam, defraud, exploit or undermine those who are most vulnerable.

There are already reports from the National Crime Agency of criminals posing as health officials in order to trick victims of the virus. In such cases where proven, I believe the public would expect and fully support a severe sentence, with the likelihood of a substantial period of custody, for anyone who commits fraud or deception against the elderly who are self-isolating. Or any crime that takes advantage of the current pandemic.

I have every confidence in the independence of the judiciary and it is with great respect that I have written to the Secretary of State asking him to speak out and consider some revisions to the sentencing guidelines that reflect the current climate.

The Theft Act and other legislation provides ample provision to deal with those who criminally seek to gain from this pandemic. However, it is essential that those who transgress must be in no doubt that, if found guilty, their crime will attract a sentence at the higher end of the provisions within the law.

My experience also leads me to hope, and believe, that many within the criminal fraternity would deplore such crimes and support the view that crimes against the vulnerable are unacceptable.

A strong message from the Secretary of State to those who would criminally seek to exploit the vulnerable would, in my opinion, be timely and welcomed by the public.