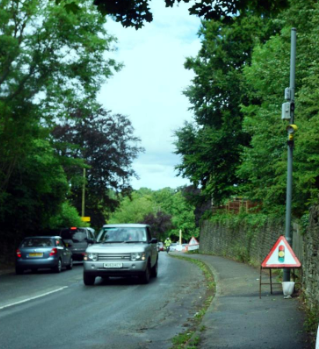 Posted at 17:08h in Latest News by Martin Surl
Facebook0Tweet0

But … it’s now official – privacy law will not get in the way of educating speeding motorists.

That’s what nearly happened though, but thankfully due to communities not accepting it and with the backing from my office – sense has prevailed.

Road Safety a priority since 2012

The role of Police & Crime Commissioner is not just about overseeing the police…. its about being the voice of the public in policing and fighting for them.

It’s also about helping them to make our county safer.

Safe and Social Roads (formerly safe and social driving) has been a priority for policing in our county since I was elected in 2012, some 8 years ago this month.

Since being your commissioner I have supported communities with funding for community speedwatches, Vehicle activated cameras  as well as helping parish councils afford ANPR cameras.

The software can also record dates which can be used to identify persistent speeders who would be given a warning by letter – and in the most extreme cases a visit from the police.

So why was the use of ANPR under threat?

It came down to the legality over whether the system which helps to identify law breaking motorists was  compromised by legislation aimed at safeguarding personal information.

Community groups wouldn’t back down

Four parishes in the county have been supported by my office including Rodborough Parish and Whiteshill & Ruscombe in using the technology of ANPR.

But due to GDPR it looked like the police would not support the schemes anymore due to concerns over data protection.

This has been the case elsewhere where police forces have pulled back from supporting community schemes.

But thankfully we challenged that.

I must pay particular credit to one man in particular – Cllr Charles Pederick from Rodborough.

A man driven to champion road safety and someone who will fight red tape in the pursuit of doing the right thing. 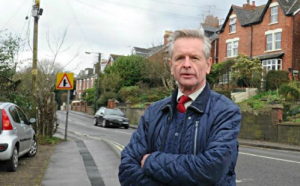 Charles came to me and asked for help to try and justify why ANPR could still be used.

So with backing of my office the Gloucestershire Community ANPR Road Safety Group led by Charles looked at the legalities.

The basis for a legal challenge

After taking legal advice, Charles and Co took the argument to the Surveillance Camera Commissioner.

He found that number plates did not have any personal information attached to them until translated by either the DVLA or the Police National Computer.

He concluded that groups like the Gloucestershire Community ANPR Road Safety Group could share number plates, in the interest of Crime Prevention and Road Safety, for the benefit of our communities in partnership with the Police.

The Surveillance Camera Commissioner, a Home Office appointed watchdog, declared therefore that the use of ANPR for tracking speeding motorists was both ethical and legitimate.

So the current four parish councils in our county who use ANPR now have accreditation to carry on using it, and I hope others might follow suit in getting the technology.

I leave the last words to the chairman of the GCARSG Charles Pedrick:

“GDPR had looked like ending the use of data from community speed cameras, many of which are funded and supported by the Police and Crime Commissioner’s Office and parish councils.

“But thanks to the financial support of the OPCC, we were able to mount a challenge. That has resulted in GCARSG getting accreditation and now other local schemes can take similar action with the reasonable expectation of being accredited too.

“I think the PCC and his office deserve great credit because without the funding and their support, the system might have been turned off. Instead, the assessor stated that he was happy we are using an ANPR system and we have a certificate to prove it”.