COVID19: At last… a new court WILL reopen. 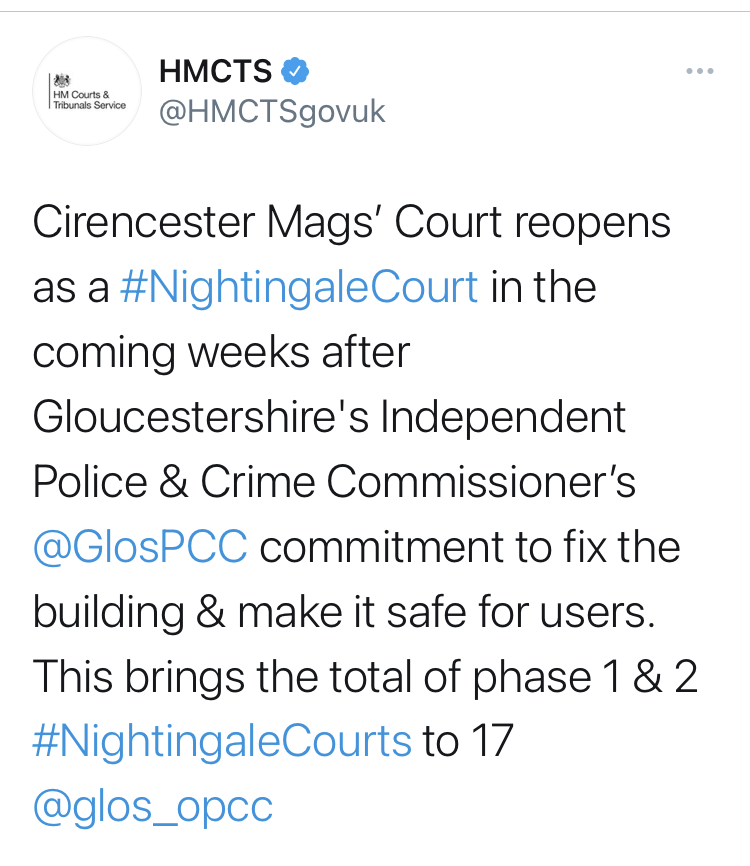 Posted at 15:31h in Latest News by Martin Surl
Facebook0Tweet0

Seven months ago I offered the government the chance to re-open Cirencester Court to help with the COVID19 delays in our criminal justice system.

Today I can confirm IT WILL REOPEN!!!

I am pleased that the Ministry of Justice has  agreed to adopt the former magistrates’ court in Cirencester as a ‘Nightingale Court’.

The pandemic brought home the difficulties of dispensing justice in our county with only one crown court and one magistrates court.

There are now over 1,000 criminal cases waiting to be heard in Gloucestershire – a record high and a number that has more than doubled since the start of the pandemic.

Behind those 1,000 cases there are more than 1,000 victims, witnesses and defendants with a court appearance hanging over their heads.

When will it re-open ? 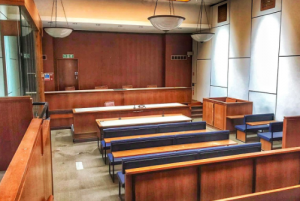 I offered the use of the building, which also doubled as a crown court, to Her Majesty’s Courts and Tribunal Service (HMCTS) in April, whilst I did have concerns we might never get to today, I’m pleased the deal has now been done.

A lot of hard work has been done behind the scenes from people within my office, the Constabulary and the MOJ & HMCTS, for that I am grateful.

Work is now underway to bring it back into full working order. When that is complete, it is expected the first hearings will take place in January 2021.

I am delighted the Ministry and my office have been able to reach an agreement on sharing the relatively minor maintenance costs so that we can concentrate on delivering local justice.

Be in no doubt, coronavirus has brought our only remaining courts to their knees.

The magistrate’s court in Cheltenham has been unable to function fully and without the first rung in the justice ladder, little can go to the crown court. Waiting lists are already higher than they’ve ever been and according to worst-case scenarios, it could be at least 2022 before they catch up.

It now becomes the latest temporary ‘Nightingale Court’ announced by the Lord Chancellor as part of the Ministry’s plans to tackle the impact of COVID-19 on the justice system.

Why did I bother…

It’s been said in some quarters that, by offering the court to the government as a solution to the backlog in our courts, I was “show boating” or trying to act as a “knight in shining armour” for political reasons…

Well, there is a clue in my title as police and Crime commissioner.  I have a wider role and a fully functioning criminal justice system is crucial to delivering justice. If that means I need to ruffle feathers from time to time, I will continue doing that to get the best deal for our county.

Being independent as a truly am, I put Gloucestershire and its residents before any other allegiances.