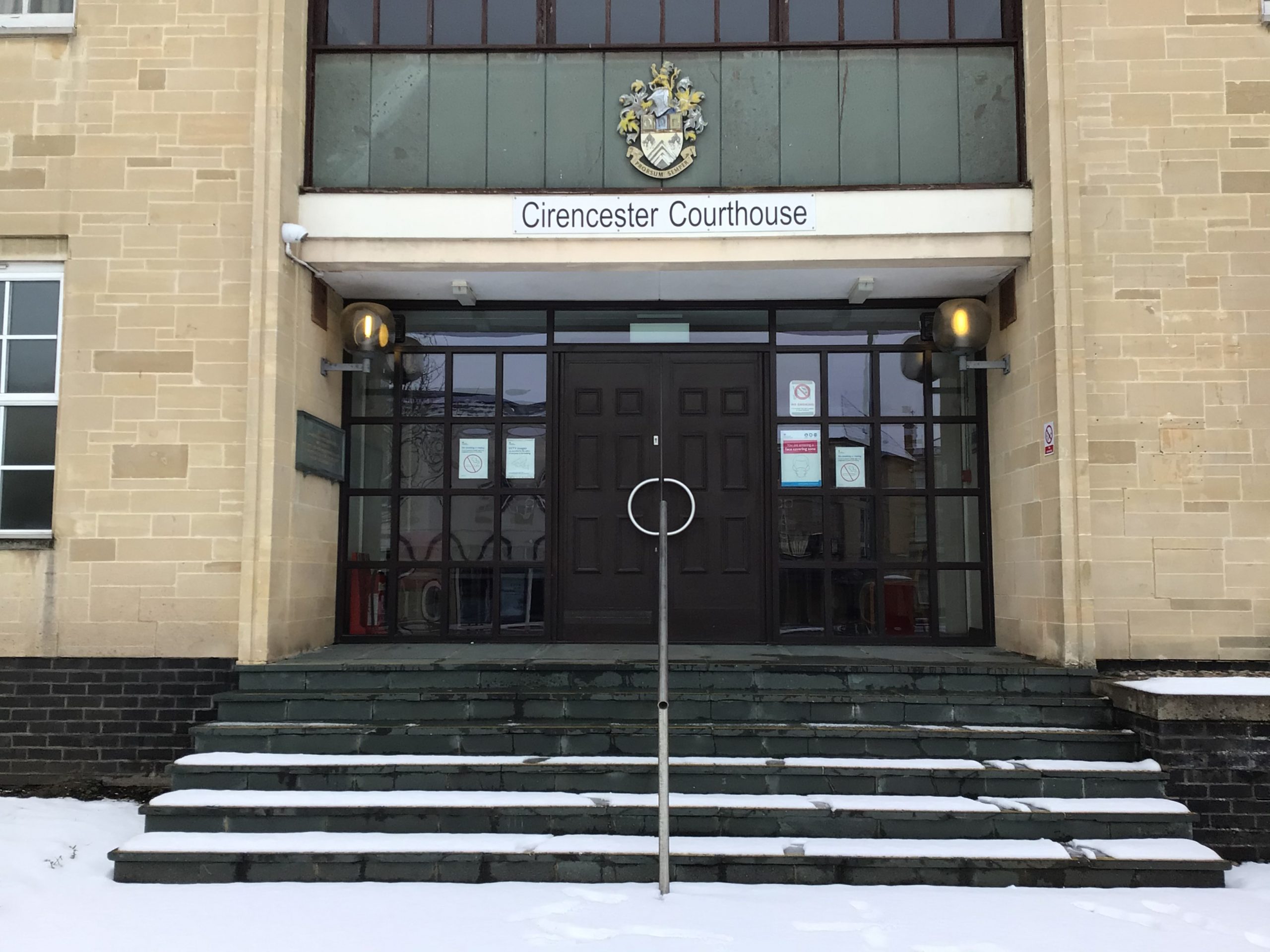 Posted at 06:30h in Latest News by Martin Surl
Facebook0Tweet0

The day has come….

Today the county has a new courthouse in operation.

A Nightingale Court, one of only a handful across the country which will help to reduce a backlog of over a thousand cases.

When perseverance pays off

In my role,  you have to lead and sometimes that means ruffling feathers. 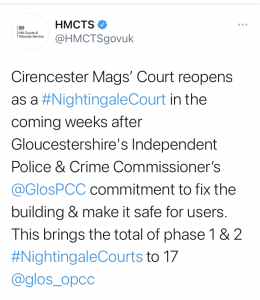 It was last April that I offered HM Courts and Tribunal Service (HMCTS),  the use of the former Cirencester Magistrates court.

What followed is history, but I have been clear things took far too long.

But I was delighted when in December we finally got the deal sealed.

Behind the scenes a lot of work has been done, from my office, the police to HMCTS to get this project, over the line and I must say  a BIG “thank you” to everyone involved.

Ahead of its “opening” today, I was granted exclusive access to have a look at what’s been done to get the building up to scratch.

Justices are set to hear their first cases in a matter of weeks, which is great news.

Cirencester Court was closed in 2012 as part of a Ministry of Justice closure programme which saw many of Gloucestershire’s local courts axed.

The coronavirus pandemic has exposed the weakness of our criminal justice system and the need for investment.

Both Gloucester Crown Court and Cheltenham Magistrates’ Court are outdated and  inaccessible to people with disabilities and both contravene current legislation.

Waiting lists have now reached a new high and according to worst-case scenarios, it could be at least 2022 before they catch up.

Getting Cirencester open again, however,  is good news for the hundreds of victims, witnesses and defendants who have had a case hanging over them for far too long.

As chair of the Gloucestershire Criminal Justice Board I remain committed to arguing for better court provision in our county.