A victims law must one day soon become a reality 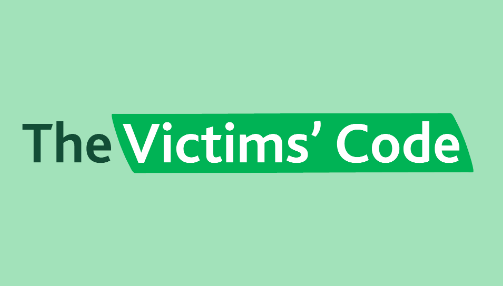 Posted at 10:30h in Latest News by Martin Surl
Facebook0Tweet0
As Police & Crime Commissioner, my role is to be your voice in #policing in #gloucestershire .
One part of the role, and something i take really seriously is the being the voice of victims.

I think we all know our criminal justice system is creaking and the underinvestment in it over the last decade has really been exposed during the coronavirus pandemic.
I chair the local criminal justice board and my office oversees the commissioning of many victims services. And we are doing our bit to try and make the system better.

If you’re a regular reader of my website, you’ll know I’ve tried to lobby for a new court building for our county – sadly to no avail.
I was however successful in getting a Nightingale Court for Cirencester after nearly a year of trying, this is proving to be really useful in trying to get swifter justice but the backlog is still daunting.

Voice of victims in the system

My role is to champion and advocate on behalf of victims.
Since 2006 we have what’s called the Victims’ Code, its outlines what victims and witnesses can expect from statutory partners like the police, CPS , the Courts Service as well as the Probation service.
Recently the government has consulted on “beefing” it up. And a new code comes into force on April the 1st.
Locally my team, led by my deputy PCC Chris Brierley who is my nominated lead for victims, have worked on a localised “pledge”building on VCOP.

Ultimately I believe in the work of the Victims’ Commissioner Vera Baird and her campaign for a Victims’ Law to enshrine the rights of victim in law.