Dog thefts …. why I got involved 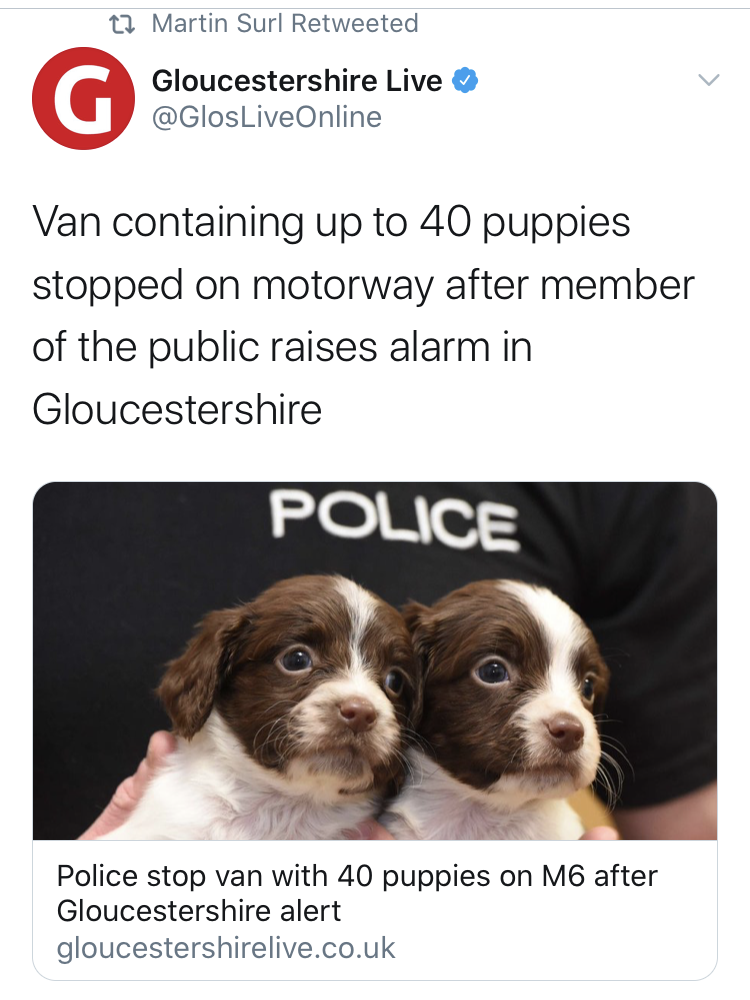 Posted at 06:24h in Latest News by Martin Surl
Facebook0Tweet0

How that voice is heard and how it’s communicated to the chief constable and his officers is an important question, perhaps best illustrated by a spate of recent crimes involving animals.

Gloucestershire Constabulry has its core responsibilities, but as Commissioner I also set the Force priorities which reflect what the public wants locally.

I’m not the police… BUT

As Commissioner I cannot stray into operational policing, that’s for the Chief Constable, but I can (and did) seek reassurances and answers to the many questions I thought you would be asking.

An ongoing criminal investigation limits what I can say, but over the weekend a man was arrested heading away from Cheltenham on the M6 with 30-40 malnourished puppies in his vehicle.

While I don’t want to detract from the help of the public and the great police work that led to that arrest, I have no doubt having ‘A Compassionate Approach’ as a priority, and seeking reassurances from the police on behalf of the many thousands who took to Facebook, made a difference.

A dog is for life not just for Christmas

Nothing you, me or the police can do will diminish the suffering of these victims, save the safe return of their beloved dogs, and I know there is still far more to be done to protect animals from heartless criminals.

I assure you that work will continue.

*  This article was originally written for the Gloucestershire Echo & Gloucester Citizen