UPDATED POST: True to my word: A new operations centre for the force 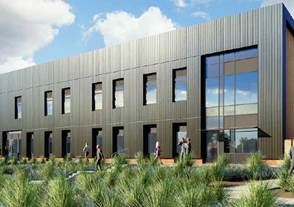 16 Mar UPDATED POST: True to my word: A new operations centre for the force

Posted at 16:44h in Latest News by Martin Surl
Facebook0Tweet0

In my manifesto in 2016 I made a promise to put money aside for a business case to be prepared for investing in Gloucestershire Constabulary’s operations base.

Well we’ve not only had the business case, we’ve made the decision to invest, planners have now given it the green light  and this week the bulldozers have started work to get the site ready.

Force moves out as bulldozers move in

The Constabulary teams which were based at Bamfurlong since the 1970s have moved out ready for work to begin. 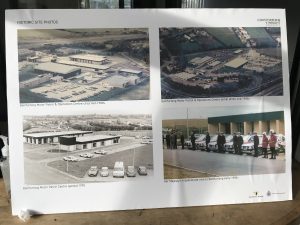 Demolition of Gloucestershire Constabulary’s operations’ base began this week after our vision for the site was approved by planners.

Planning approval has been granted for the site off the Golden Valley by-pass between Gloucester and Cheltenham enabling the re-development to begin in earnest.

Bamfurlong has been home to response teams, dogs and firearms officers as well as collision investigators.

The site located close to Junction 11 of the M5 it is now in urgent need of modernisation to meet the operational needs of a modern Constabulary.

This redevelopment will not only improve the service the Constabulary is able to provide to the public and enhance the wellbeing of officers and staff, but will also meet our commitment to ‘A green and pleasant county’ by using a brownfield site and reducing environmental impact

A tour around the site

How we saved taxpayers millions 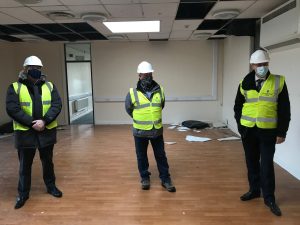 PCC Martin Surl,  Andy Stone from Narpo & Fmr Chief Supt Gary Thompson who have all spent some time at the base  during their careers.

Cost prohibitive for many years, the cost of revamping this site was at one point close to £30 million pounds, but with scrutiny from my office and dialogue between the force, the OPCC and developers we’ve now got a scheme which is affordable.

Despite being an extensive redevelopment project, more than £6 million was shaved from the original proposals.

Estimated costs currently sit at £12.8 million, with savings achieved through a decision to modernise a structurally sound vehicle workshop on the site rather that demolish it completely. 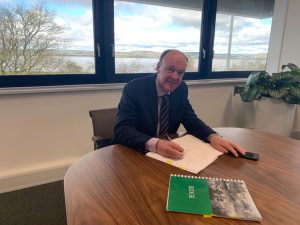 After a competitive process, we have gone with the same developers who delivered the excellent training facility – The Sabrina centre for us last year.

Willmott Dixon will oversee the project which should take around a year to complete.

But today I finally signed off the deal.

I leave the final word to the Chief Constable

“This is good news. Bamfurlong is of critical importance to us as it provides a geographically ideal base for a range of police units and gives our teams quick and easy access to major routes in the county when responding to incidents”. “However, it has been in urgent need of redevelopment for some time and it is very important we support our staff and make sure they have the best possible working environment so they can provide the best service to the public”.