I’m on the starting grid… 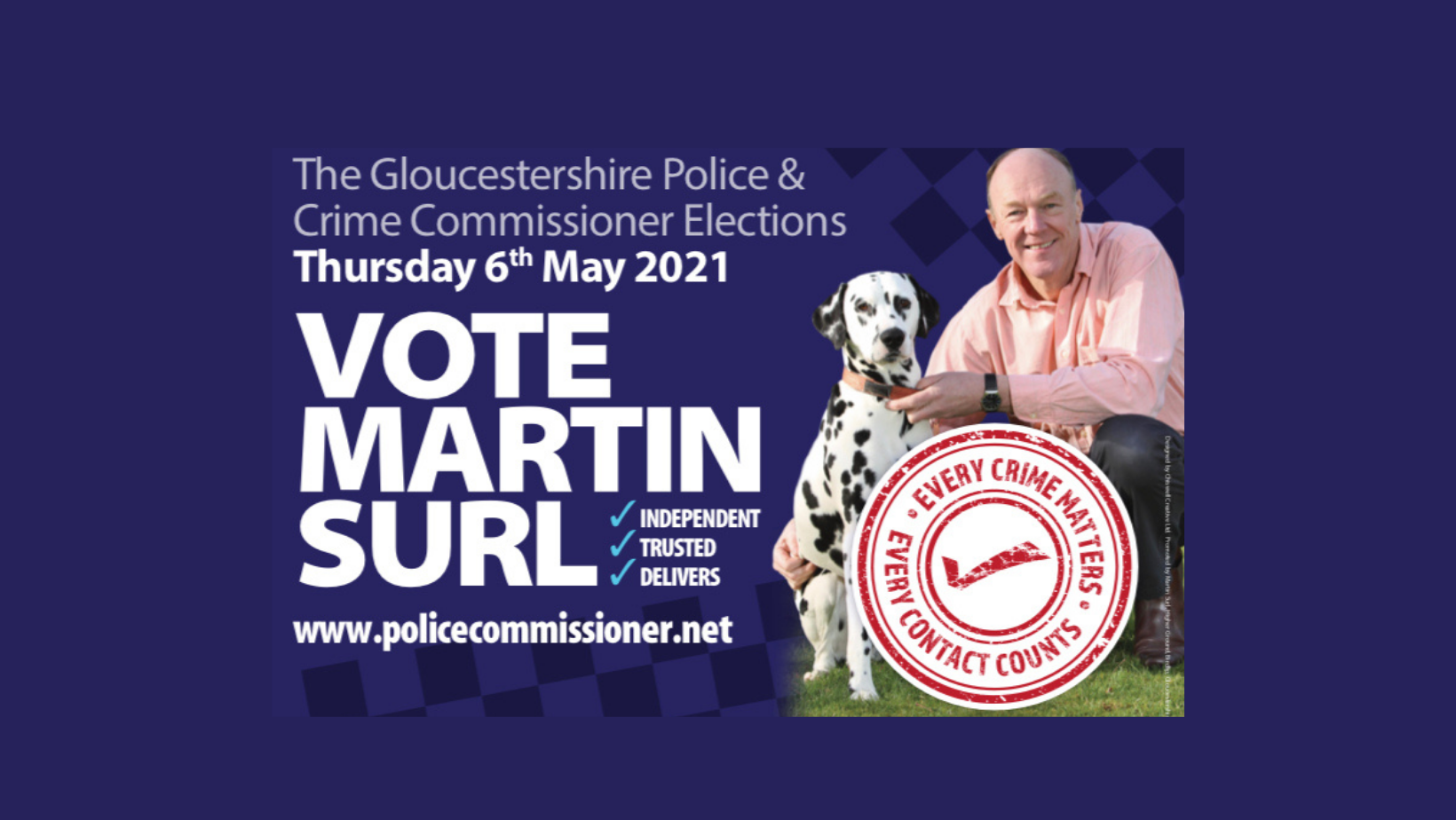 Posted at 15:47h in Latest News by Martin Surl
Facebook0Tweet0

I have been honoured to serve as your Independent Police and Crime Commissioner since 2012.

I have kept my word, delivered everything I promised and kept party politics out of local policing.

I hope you will let me continue.

Austerity saw a reduction of 249 police officers in Gloucestershire and a cut of £32 million to their annual budget.

Those were tough times but step by step we’re growing again, however government policy has seen taxation shift from central government to your council tax. 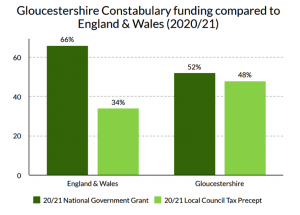 We live in a safe county – despite what others might say

I believe in showing you the full context and not just statistics that fit a certain narrative, that’s why my office recently prepared a report to the Police & Crime Panel which gave the full context.

We should be proud of this. Gloucestershire is a good place to live, work and bring up a family.

I have a really good relationship with the voluntary sector to whom I kept my promise to put them on the top table with local councils and others.

My office has worked with partners to commission and co-produce services and projects aimed at keeping our county safe.

We’ve invested over £2.5 million in 77 different projects aimed at tackling anti social behaviour, but these kinds of initiatives cannot and shouldn’t be left to the police solely to run, that is why my office has invested in community safety partnerships and Safer Gloucestershire.

After a decade of cuts – we’re building back

My challenge to the Gloucestershire Constabulary is to demonstrate to you that ‘every crime matters’. Why? Because ‘every victim matters’.

When I set burglary as a priority the police knew exactly what to do, the same for rural organised crime.

But we can do better! The challenge of ‘Every crime matters’ is far tougher.

Success will take absolute commitment, experience and skill. Not because the resources that go into a murder will be the same as a shoplifter, but because if you ignore minor crimes the rot sets in and our quality of life deteriorates.

I’ll work for you and with you, for the whole County; be it rural or urban.

I’ll work with all parties but I can only do this because I’m elected and Independent.

My forms are in 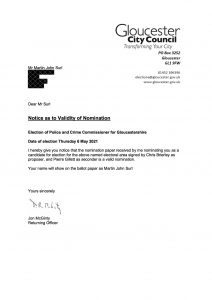 So I’m officially a candidate in this years Police & Crime Commissioner elections.

I’ve handed in my nomination form and I will be on the ballot paper.